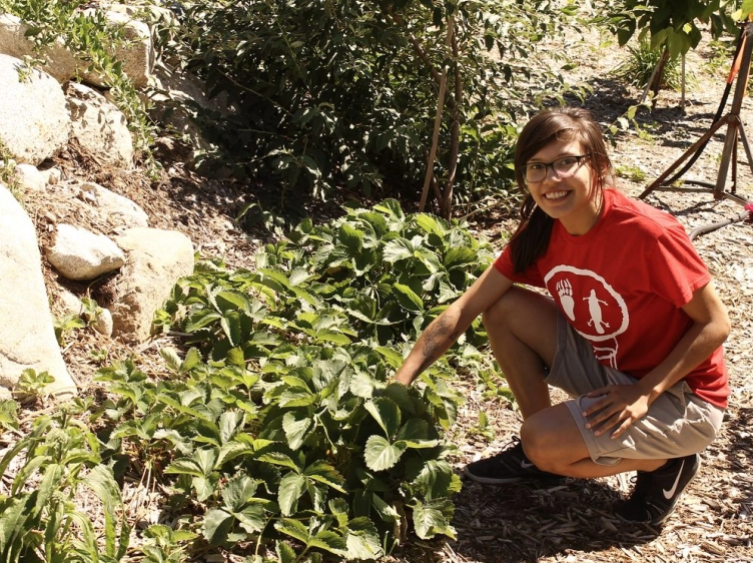 The chief of the Kanaka Bar Indian Band is preparing his people for self-sufficiency. Food, energy, skills, the works.

The band has completed a 49.9-megawatt run-of-river power plant that will pay millions into their coffers for decades.

In the meantime, Michell wants to start farming, to break his community’s dependency on imported and processed foods.

“The price of food is only going to go up, and look at California, it’s burning, again,” he said. “If there’s a trade war, it’s going to get stupid fast.”

Half a dozen summer interns are busy installing a food forest and the band has brought in permaculture designer Ron Berezan to direct their efforts and oversee construction of a greenhouse.

“A lot of us are getting oranges and bananas from all over, and I don’t even know where a lot of our food comes from,” said student intern Serena Michell-Grenier. “Just as an example, if gas prices go up, the cost of shipping those fruits and vegetables will go up.”

The band’s chickens are supplying eggs to the community at half the price of the grocery store. Their honeybees keep spawning new swarms, exponentially expanding the supply of honey.

And it turns out goji berries absolutely love the growing conditions in the Fraser Canyon. The band is hashing out plans to grow goji and sell the berries, wind-dried in their own culinary tradition. Wind-dried tomatoes, too. 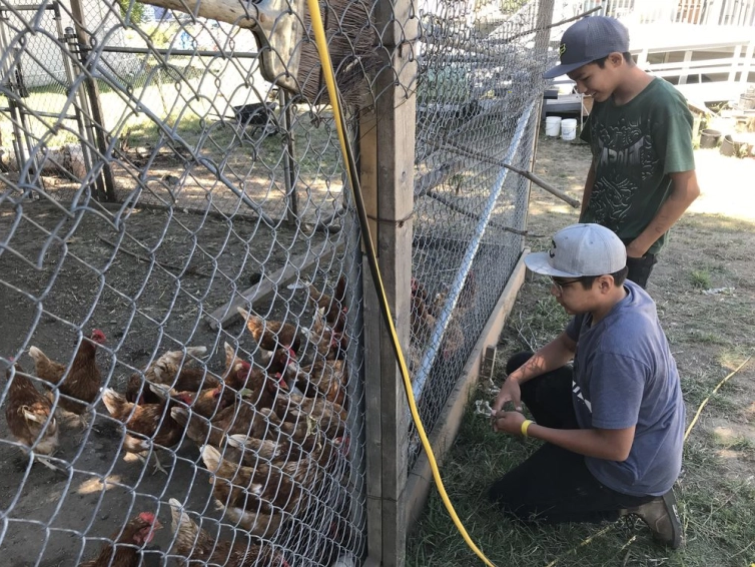 “We have land, water and sun, so why wouldn’t we grow our own food?” asked Michell. “It’s a perfect climate, we just haven’t bothered to grow anything in the last 70 years.”

The band is convinced it has to do something. The modern western diet has brought with it health issues that were unheard of in pre-contact times.

And as food staples such as wild salmon disappear, deer, elk and caribou are being over-harvested by First Nations and other hunters.

“If we grow our own meats, fruits and vegetables, it doesn’t matter what those things cost in the store,” he said. “It’s not like we are doomsday preppers, we can just see what’s coming.”

The food forest — now in its second season — is a way to produce food without the ecological disruption of large-scale agriculture. Forest gardens can be designed to produce fruit, nuts, edible seeds, vegetables and medicinal plants with minimal labour.

The goal is to achieve food self-sufficiency in five years and help other First Nations understand that they can do the same thing.

“We aren’t farmers, but we have identified 75 plants that grow well here,” he said. “Ron is showing us how to grow food so when trouble comes we will be ready.”

The Kanaka Bar Indian Band’s traditional territory straddles the Fraser Canyon Highway near Lytton. It’s a stretch of pavement that most of B.C. forgot about the minute that the Coquihalla Highway opened.

With little traffic or tourism and minimal opportunity for economic development, the enemy here is despair.

“I graduated with 27 people and 23 are already dead,” said Michell, 53. “That’s what happens when you live without hope.”

The idea for the $200-million Kwoiek Creek power plant came in 1978 and it was finally completed in partnership with Quebec-based Innergex Renewable Energy in 2014.

Along the way, the band was pilloried by other First Nations for “selling out” and then spent 12 years convincing the provincial government to revoke water licences that had been scooped up by speculators.

“When B.C. opened the door to independent power producers, third parties were grabbing water licences everywhere,” he said. “But if they were not prepared to build the project, they could be removed.”

And through the gentle insistence of the band, three competing licences were finally revoked and the Kanaka Band was free to proceed.

The profits from the project are deliberately back-loaded, with payments that grow over time, as insurance against an uncertain future.

“We negotiated annual payments with escalation and we have taught the other (First Nations) to do the same,” said Michell. “They are so strapped for cash they sometimes take lump sum payments, but soon enough that money is gone.”

“We have given our members hope and opportunity and that is how you take on despair,” he said.

At 49.9 megawatts, the project leaves 30 megawatts of unbuilt capacity for future development, which is in line with the band’s principles.

“Take what you need and no more, and leave the rest for future generations,” Michell said. “When B.C. Hydro needs us again, we will turn up the dial.”

A second power plant has been accepted by B.C. Hydro for a power purchase agreement, but was down-sized by the Crown corporation at the last minute and may no longer be financially viable.

“Those resources will still be there in five years, they will still be here when I’m dead and gone,” he said. “We have nothing but time.”